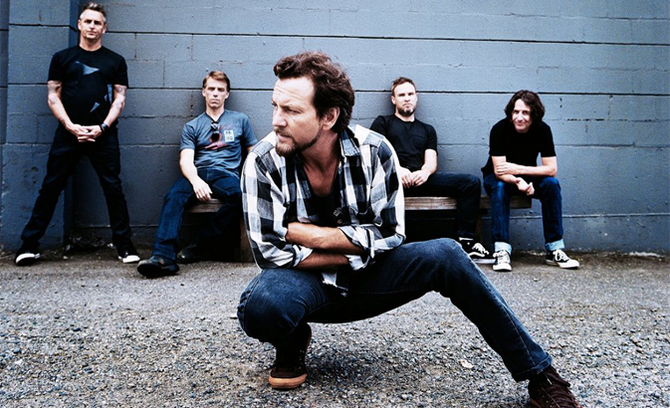 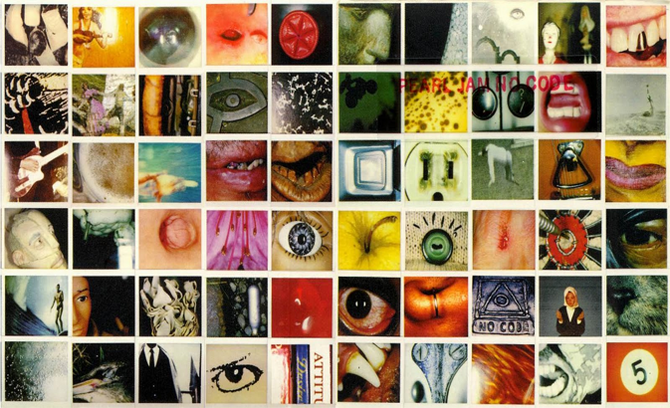 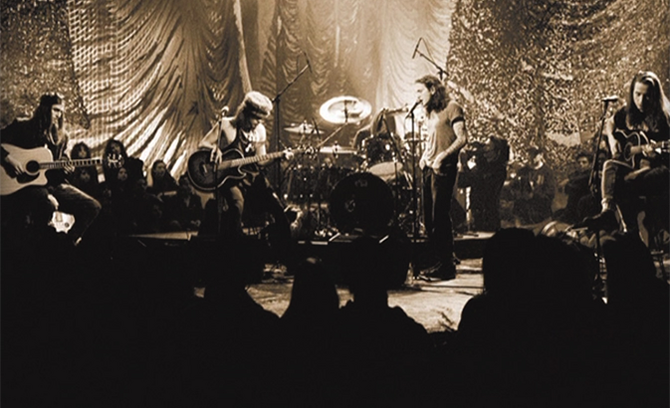 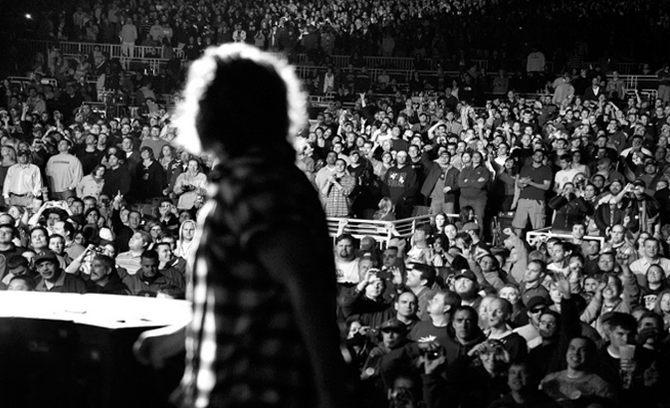 Discuss your interpretation of songs and albums!

Be part of our community now!

Welcome to Pearl Jam Wiki! This space is dedicated to fans who can share their interpretationss, song experiences and of course contribute to this database. We really hope you to stay with us and make many more improvements.

Read the Rules to be aware of simple regulation so we can construct this database together and cohesive!

If you have questions, ask at the Help desk or post a message on my talk page! Use the "discussion" page associated with each article, to give suggestion of themes and interpretations!

Sign in! be part of us! Edit your own Profile, earn badges, contribute with your opinion and point of view about our beloved band!

Enjoy Pearl Jam Wiki, it is done for them and for you! 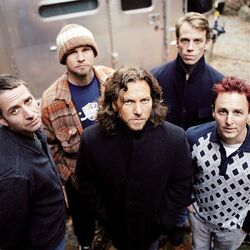 Pearl Jam is an American rock band formed in 1990. Among many other bands from Seattle, Pearl Jam is considered part of the musical and cultural rock movement comercially known as grunge, though the nomenclature was never well accepted on the band. Since its roots, the band has been connected to a variety of cultural musicality and is currently composed by guitarist Stone Gossard, bassist Jeff Ament, guitarist Mike McCready, vocalist Eddie Vedder and Matt Cameron as drummer since 1998. The band has been considered one of the most influences since the 90's, and rose to success since their debut album, Ten, in 1991. After another best selling album, Vs., Pearl Jam became a phase that would turn the band's personality clear, being apart of the mainstream industry and musical business. Since 1994 the band has become particularly special among 1980-90 bands, creating an original form of musical and philosophical self-expression.

Photos and videos are a great way to add visuals to your wiki. Find videos about your topic by exploring Wikia's Video Library.

Go to these sites for info or for help with your own wiki!

Want your community included? See how!