Stone Carpenter Gossard is an American musician, one of the two guitarists of Pearl Jam, also being one of the founding members of the band. Before being known as Pearl Jam's rhythm and lead guitarist, Stone has participated directly on the cultural and musical movement that ocurred in Seattle on the end of 1980's until mid 90's, comercially known as grunge. He has been member of many bands that would contribute to the growing attraction and cultural dynamic of the city, and his talent has made him join some of them as Green River and Mother Love Bone before his current band.

Stone would start as the band's leader, a position he would morally held with his longtime friend, Jeff Ament , because of their musical past together. Only when Pearl Jam's vocalist Eddie Vedder assumed, even though unintentionally, the role of "leader", Stone had some of his responsability with the band more divided than in the beginning. Despite this major change, Stone has represented the band into many important situations, never losing his role as leader inside of the group and also building a unique personality of Pearl Jam that would endure until the end.

Stone Carpenter Gossard was born in Seattle, his father was an attorney and his mother worked in the city government. Despite participated in some choirs on Seattle's Northwest School ad played the trumpet in third grade, Stone first real experience of learning to play an instrument was in 1980. On that year, a band called Probes used to play on his school, and Stone thought a mandolin player would fit in. He then learned the instrument, but found that it was much harder than he thought, and despite doing some tricks was never asked to join the band.

His first band was March of Crimes, a band that included future bassist Ben Shepherd, and was one of the first bands that would initiate the growing cultural rock movement on the city. At the time, the influence was little, but Stone was at the eve of a successfull journey on music.

After a short time with March of Crimes, Stone become friend with Steve Turner, another student of Northwest School who also had a band. He invited Stone to join the Ducky Boys, a band that had punk influence. Turner showd interest on forming another band with Mark Arm, who was going to fill the role of guitarist and vocalist. At this time, Stone met Jeff Ament in a rock club in 1984, and the bassist who has recently moved to the city would also be in Arm-Turner new band along with drummer Alex Vincent. Gossard was invited in to fill the role of guitarist of Mark Arm, making

him only the vocalist and completing Green River.

After the production of Come on Down in 1984, Steve Turner left the band. He who has always been connected with punk styles, claimed that the band, specially Jeff and Stone, had went too heavy metal. To fill his role, Bruce Fairweather has been chosen, he who was a member of Ament's former band, Deranged Diction, after the bassist moved from Montana to Seattle.

The band made much success inside Seattle and the band attracted many people on their gigs, so Green River was full of prestige and influence. The band started many conections with band like Soundgarden, U-Man and Malfunkshun. The band was at it's peek and was being in a major role of the movement, with a strong musical theme. However, the musical style that was being developed specially with Stone and Jeff was splitting the band, due the desire of Arm to go on an independent style, that means to not work with a fix genre. Stone, Jeff and Bruce decided to leave Green River after fullfilling their first full-lenght album, Rehab Doll. It was time to continue with another project.

In 1988, Stone begun his new project. Along with Jeff and Bruce, he only needed drummer Greg Gilmore and Andy Wood, former Malfunkshun. By the same year, Mother Love Bone was very highlighted in Seattle, being one of the most, or maybe the most, promising band in the city. Quickly they made success inside the city, and Andy was extremely charismatic, a virtue that would conquer everybody, including Chris Cornell.

Stone was completely inside Andy's talent, and just like the others, was conquered by the feeling that all of them could be with and like Andy. On September 1989, Mother Love Bone would be recording Apple, their first full-lenght album. Even though all of the young men were facing a whole new reality, Andy usually used drugs and after a heroin overdose, few days before the release of Apple, he died and compromised the progress of the band. It was a shock for all of his friends and fans, what included Stone.

Stone and the other members had no meaning to continue with the band, and he wanted things to go naturally, apparently showing no direction of what to do. According to Stone sometime after Andy's death, "Andy's attitudes and personality were such an integral part of Mother Love Bone that you wouldn't be albe to replace him, it's just not in our minds at the least."

Despite all of this context, Stone never felt like giving up. Being a musician, he kept playing his guitar and he knew things would go naturally and he had the capability to win on his life as a musician. That's when he started playing with those who also loved to play, like a good friend of his named Mike McReady.

Stone played with Mike on his parent's attic and felt that he was having a good time. He had the vision of keep doing that and with Mike they could start another project, but he was not counting with a longtime friend of his: Jeff. It was because of Mike that Stone invited Ament, since McReady insisted to invite the bassist in honor of their longtime friendship. Gossard was, at first, resistant, but then he accepted the idea and Jeff joined the trio.

After searching for a drummer and a vocalist, the trio invited Jack Irons, former Red Hot Chilli Peppers, and also gave him the right to distribute a tape containing some of Gossard's demos. This tape would reach the hands of Eddie Vedder, who would record another tape called The Momma-Son, and send to the trio. After receiving the tape from Eddie, Jeff called Stone on his apartment to listen to the record. Stone and all the were ashtonished by tremendous talent on the voice they heard. They invited the owner of the incredible voice, played together and felt that Eddie was the man to assume the role of vocalist of the new project.

Temple of the Dog[]

Following the death of Andy, Stone and Jeff were approached by Chris Cornell, who also was a close friend of Andy and wanted to make a tribute to his former roomate. By the way, he not only didn't want to do alone but also wanted to record with some of Mother Love Bone members. With the addition of Matt Cameron, the tribute band was complete, but had the reinforcement of Eddie Vedder who would play a duet with Chris. Stone felt that it was a generous act of Chris, because he was not only making a tribute of their friend, he was giving a chance for the new band's vocalist who was compltely introspective and shy to free his voice. At this point, Stone had another proof that Eddie was the right person to complete his new project.

The growing success of the band from 1991 to 1992 put Stone in the place he worked to be. The band was becoming notable, and went to the mainstream musical scenario very quickly. After the continuation of the fame that has born from Ten and progressed with Vs., Stone and the band members started to feel uncomfortable with the pressures of fame and the dynamic system of mainstream musical industry. On the first three years of the 90's, Stone and Jeff were always remebered as the surviving members of Mother Love Bone, until this pressure has grown too big.

In 1994, the band was saturated of the negative points the greedy fame was corrupting the art they wanted to spread. Stone was one of the members who agreed to make music more independent from commercialism, even though in the past Green River had its end excatly because they were entering on the mainstream scenario, but this time the band had reached the relevancy that was enough for them to make their message to be heard.

Stone, Jeff, Mike and Eddie agreed with this vision, and this was a solid and strong idea inside the band. On this context, Eddie became the icon of this change and he started growing inside the band and not only musically, but also in personality. The ideal of exile that was being developed to avoid the commercial abuse of art also put Eddie as main responsible, since the success also considered him the icon of Pearl Jam. At this time, his ideas, poetry, thoughts and actions became so strong and representative inside the band that he informally has "taken over" the leadership of the band, making the shared leadership of Stone and Jeff, wich they inherited from Mother Love Bone, fall into Eddie's back.

In Pearl Jam Twenty, Stone commented about Eddie's leadership in 1994 that "Jeff and I have always had this adversarial relationship. It's all been muted now, because what we thought of as our new band that might try to control together immediately was taken over by Ed. But we learned the greatest lesson of all, wich is just as you're fighting over the scraps of control, you meet someone with so much artistic energy that your argument becomes pointless.". Even the band tried to keep the collectivity, Eddie conquered not only the public but also his band comrades, making him the face Pearl Jam would become. By the way, this responsability was still being carried by the other members, and of course Stone. He never lost the status of leader, and represented the band in many occasions, one of the most important, and alongside Jeff Ament, on the Ticketmaster quarrel on the USA court.

From exile to present days[]

After the short break of the band in 2000, Stone and the other band members started a phase that would be political, social and musically influent on the context the United States were living. From this time, Pearl Jam started to become a surviving band, since many others were breaking and following a decrease on their popularity since the late 90's and beggining of 21st Century. Stone and Jeff had always planned the band to be solid and active, recording and writing songs, playing live and never be apart of the main project. This means that Stone never excluded parallel projects, and has become the first memeber of the band to go on solo with the album Bayleaf. Also, he kept a warm career with Brad, another parallel band. 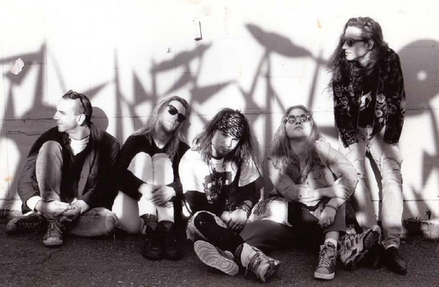 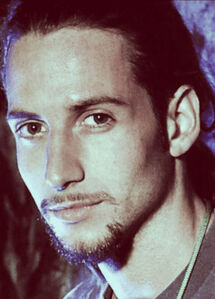 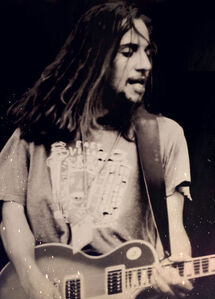 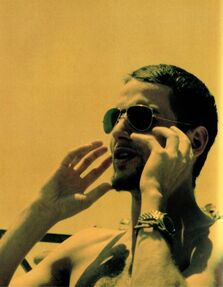 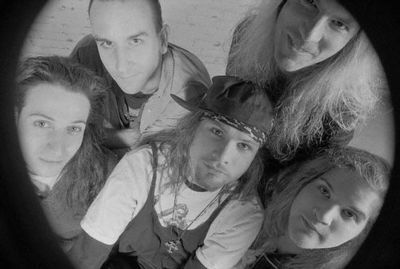 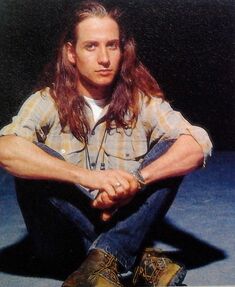 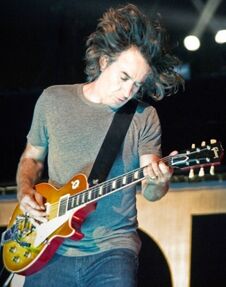 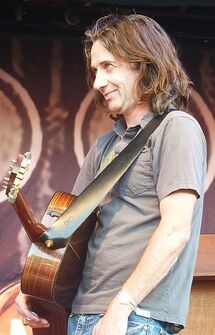 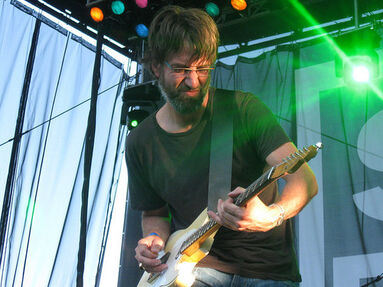 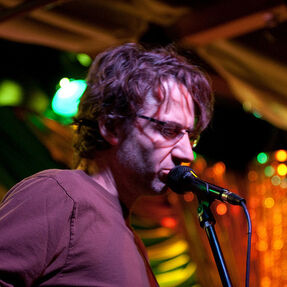 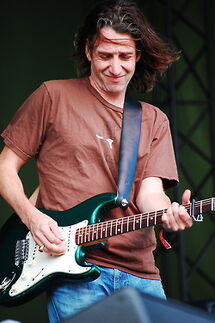 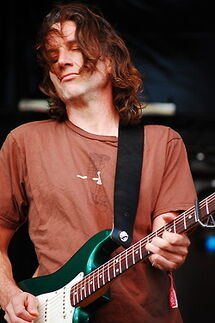 With Temple Of The Dog[]